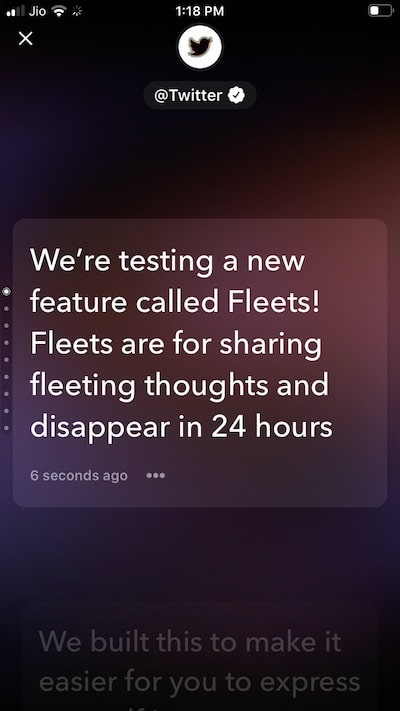 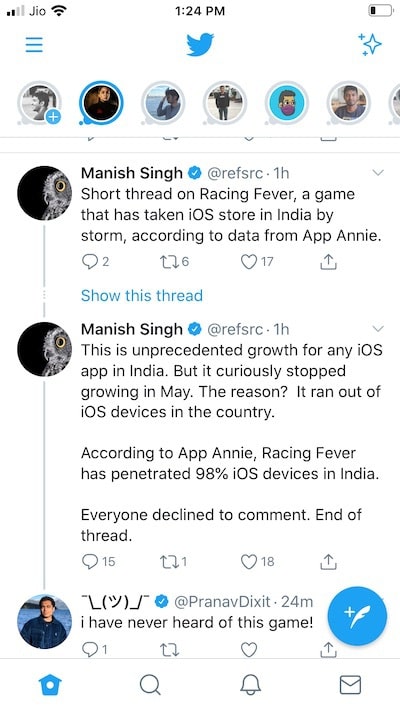 The feature, which is very similar to Instagram Stories, lets users share updates that last only 24hrs.

While the feature may seem a clone of IG Stories and Snapchat Stories, the audience on Twitter is vastly different: if not in profile, most certainly in the type of content shared. A quick look at what Twitter fans think about its launch, gives an indication.

So, while adopting the feature is simple and Twitter has aced the user experience of it, adapting it is not a simple task.

In this challenge, you need to do exactly this, adapt the Fleets feature in such a way that it fits in well with the audience at Twitter and becomes an important part of what Twitter represents in future.

We are looking for the top 3 improvements that can help make Fleets a much stronger proposition for Twitter’s audience rather than being just a clone.

Important to note, since launch, IG Stories has introduced a number of additional features, that leveraged the basic construct of ephemeral updates. While it may be tempting to suggest exactly those, we are looking for something unique and more contextual to Twitter.

The changes can be in the feature set (product) and/or design. However, sharing mocks/wireframes is not essential.

Also, this is not a usability improvement challenge: so we aren’t looking for fixes. What we are looking for are major improvements or enhancements in the product itself.

⏱ You will have 3 days to complete this challenge

🔐 Choose a plan to Unlock all solutions

What does ‘Take Challenge’ mean?

When you take one of these challenges:
- You will be able to solve for these problems and see how your solution ranks amongst peers submissions
- View the Top solutions given by Product and Design professionals
- All submissions are graded by UXHack and you get a score for your submission alongwith a Certificate of Participation
- Get one-on-one feedback for improvement areas, which our participants love

Why should I take a challenge?

Various benefits which you can get by taking challenges:
Improve your skills
- Test your skills on a real world product problem and identify your strengths and weaknesses
Peer based Learning
- Refine your thinking by viewing other top solutions
Hiring
- Gain knowledge about the said product & industry that can help you prepare for an interview for similar companies. Most companies do give out similar case studies to solve as part of their hiring process
- We help companies hire through our community and they seek our recommendations on who is the best fit. Thus, your submissions help us to recommend your profile wherever it fits in best and we don't have to just rely on your CV/past portfolio
Compete
- You get UXPs for your submission which helps you improve reputation on UXHack platform and improve your ranking in overall leaderboard. We have an annual leaderboard which we announce in January where we promote top 10 across our newsletter and social media platforms.

What skills do your challenges cover?

How does scoring work?

How do I submit my solution?

Once you register for a challenge, a submission window is available on the same challenge page. You can submit your solution on the challenge page itself and if need be attach documents (PDF recommended)

What happens after I submit my solution?

Once you submit a solution, and after the end of the due date, your submission is evaluated by the UXHack team. It takes us maximum of 3 days to share your scores with you. Based on the plan you avail, after your scores are published, you get to view a detailed scorecard as well as see other solutions. If you have opted for a feedback, you also get personalized feedback.

Please note: Once submitted, you can make unlimited changes to the solution, before the due date.

I don't understand the problem statement, what should I do?

You can opt for Assist mode as shown above where our experts will guide you on how to approach. Also, you get access to a Whatsapp group of previous participants where you can also post your queries.

How can I view solutions for this challenge?

There are two ways to do that:
- You can take this challenge and opt for Zen or a Booster. Provided you submit your solution, post the due date, you will be able to see other solutions.
- Or, if you just want to view solutions, Click Here